FOSDEM is a two-day event organised by volunteers to promote the widespread use of free and open source software.

Taking place in the beautiful city of Brussels (Belgium), FOSDEM is widely recognised as the best such conference in Europe.

FOSDEM is a free and non-commercial event organised by the community for the community. The goal is to provide free and open source software developers and communities a place to meet to:

Participation and attendance is totally free, though the organisers gratefully accept donations and sponsorship.

The FOSDEM team feels it is very important for free and open source software developers around the world to be able to meet in “real life”.

To this end, we have set up developer rooms (devrooms) with network/internet connectivity and projectors where teams can meet and showcase their projects. Devrooms are a place for teams to discuss, hack and publicly present latest directions, lightning talks, news and discussions. We believe developers can benefit a lot from these meetings.

A bit of history

In 2000, Raphael Bauduin, a fan of the Linux movement in Belgium, decided to organise a small meeting for developers of Open Source software. He called it ‘Open Source Developers’ European Meeting’ (OSDEM).

Raphael created a mailing list, a small website and spread the word to people around him. Only a few weeks later, lots of people were waiting for an exciting event in Brussels! Invitations were sent to well-known figures in the community: Rasterman, Fyodor, Jeremy Allison and so on. They all gave a very positive response, and OSDEM was on the road to success.

For the second year, OSDEM was renamed FOSDEM. And now, many years later, it has grown into the event it is today. We now try to cover a wide spectrum of free and open source software projects, and offer a platform for people to collaborate. Every year, we host more than 5000 developers at the ULB Solbosch campus.

Raphael is no longer the driving force behind FOSDEM. After 7 years of hard work he left the team for new Open Source plans. The FOSDEM flag is now proudly carried by the following people:

What you can read next 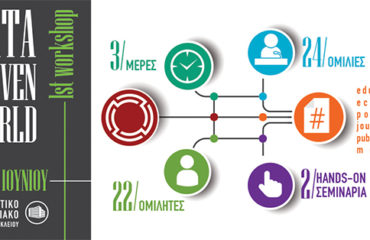 We use cookies to give you the best experience on our site.